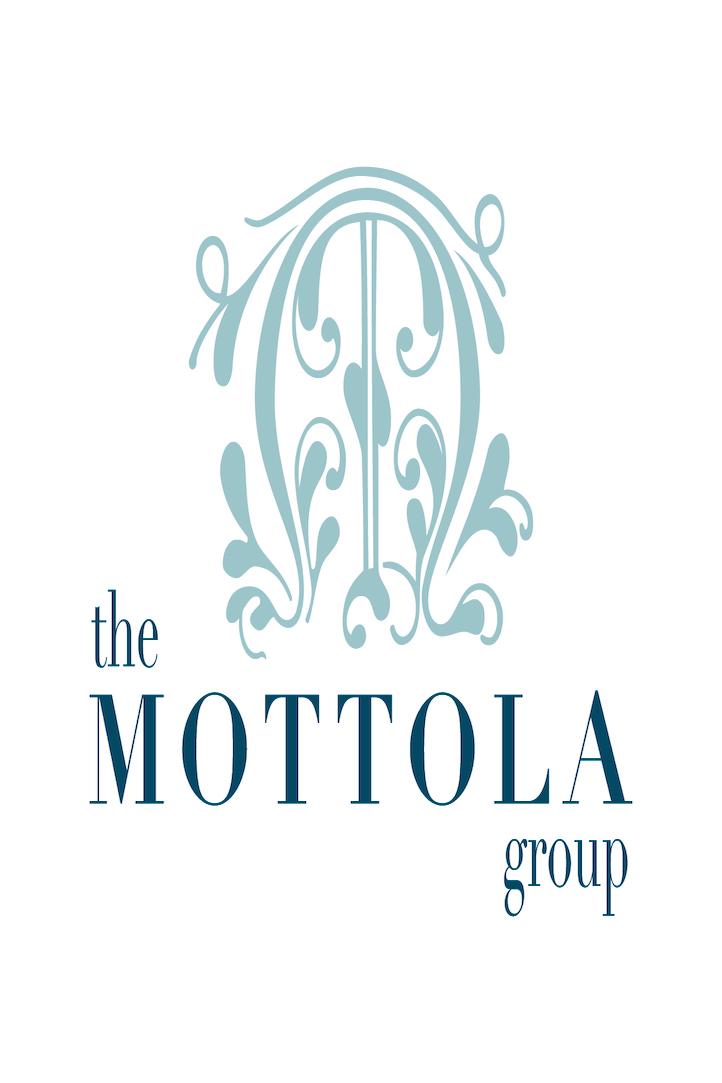 9
BEDROOMS
7
FULL BATHS
5
HALF BATHS
21,000
SQFT
It was 1936, and Crawford H. Greenewalt and wife, Margaretta Lammot du Pont, were the toast of society in Wilmington, Delaware. “Greenie,” a chemical engineer, was a rising star at the DuPont Co.’s Experimental Station. “Gret” was the daughter of Irénée du Pont, the company’s seventh president. The socialites were also multitalented. He was a photographer and respected ornithologist. She was an avid gardener. They both played musical instruments. The couple wanted a home to accommodate their many interests and growing family. Construction started in 1936 and was finished by 1939. Nestled in the hills of Delaware’s “Chateau Country,” the estate was a fitting home for Greenewalt, who was president of DuPont for 14 years and an honorary chairman of the board. Stonehouse, as it’s now known, has been substantially updated in the past 15 years. Consider a home cinema, an infinity pool and pool house, and an English-style pub. Yet it still retains the Greenewalts’ fascinating influence, making it one of the most remarkable properties in the Mid-Atlantic region. Stonehouse, designed by E. William Martin of Martin and Jeffers, emits a European flair. There are wrought iron balconies and arched dormer and shed dormer windows in the slate roof. Famed landscape architect Thomas W. Sears, who worked on Mt. Cuba Center, a former Copeland estate, designed the grounds. The property encompassed 550 acres until the Greenewalts donated the majority of it to the Delaware Nature Society. Today, the 22-acre estate adjoins the protected space, guaranteeing peaceful views in perpetuity. The grounds make a striking impression from start. Automatic gates open to a gently winding private lane punctuated by the oak trees that Margaretta selected. Mature conifers and flowering trees conceal the residence until the dramatic unveiling in the circular drive. Greenewalt’s treasured white oak stands in front. Every side of the residence is extraordinary. The back offers sweeping views of an English boxwood garden. Twin copper two story bay windows boast a butterfly motif. Greenewalt, who was celebrated for capturing hummingbirds on film, chose many plants to attract butterflies and hummingbirds. Long before he worked on the Manhattan Project in 1942, Greenewalt was a stickler for safety. The home is mostly made of steel and concrete. Each floor has a 12-inch concrete layer, and the walk-up attic has concrete steps and a concrete floor. Bedroom balconies are an escape in the event of a fire. The Greenewalts draped these solid bones with timeless details. The two-story entrance hall, for instance, features a turned staircase with a window seat, cove ceiling, wainscoting, and walnut parquet floors. Designed for entertaining, the east wing includes a refined drawing room with French doors to the terrace. Pocket doors lead to the living room, where imported Italian marble surrounds the gas fireplace. The dining room is distinguished by hardwood floor set in a herringbone pattern and a graduated façade around the gas fireplace. Initially a nest of rooms, the kitchen is an open space that includes a butler’s pantry, as well as a separate wet bar with wine storage. The wet bar is handy for those who wish to entertain in the kitchen, which has room to seat eight. The multilevel island offers seating along with a prep area. In the west wing, Greenewalt installed a workroom and adjacent darkroom. Today, the space is a handsome family room with doors to the terrace. A wet bar resides in the former darkroom. As befits Greenewalt’s executive status, there are two offices. The more masculine space has a fireplace, built-in bookcases and wainscoting. Rooms off the kitchen were once the servants’ domain. Today, a gathering room with an adjacent screened porch is the perfect home office or playroom. Directly above are four rooms that can serve as bedrooms, dens, or, in some cases, a suite as well as 2 full bathrooms. The five primary bedrooms, all with en suite bathrooms, are richly appointed with architectural details. Two bedrooms benefit from the bay window bump outs. The Greenewalts were devoted to each other, and the owner’s suite is a romantic escape. A wet bar can hold the ingredients for an evening cocktail and morning coffee. Walls are covered with silk moiré, and there’s a Juliet balcony, on which Greenewalt once photographed birds. Modern updates include a travertine and marble bathroom with a claw-foot tub, a two-person shower, and dual vanities. The jewel in this suite is on the fireplace mantel in the sitting room. Irene Sophie du Pont, the great granddaughter of Éleuthère Irénée du Pont de Nemours, the founder of the DuPont Company, carved the motif. The current owners have made their own lasting impressions. Take the English conservatory addition. Once a screened porch, it’s now a four-season room with a marble mosaic floor, French doors to the terrace, and sensors that monitor and adjust the greenhouse panels. On the lower level, the owners crafted a recreational paradise with a billiard room, game arcade, home cinema, and a pub with pieces imported from Manchester, England. The cherry wood bar, which boasts stained glass panels and carved wood, seats six. The infinity-style pool and Mexican-inspired pool house are resort-worthy, from the great room’s bar to the fully equipped kitchen to the full bathroom with stone vessel sinks. An additional full bathroom also serves the pool area. The detached, heated garage, attached to the home by a porte-cochere, has enough space for six cars. An existing attached garage holds two cars. The addition also has a two-bedroom, one-bath guesthouse with a kitchen. There is also a three-bedroom caretaker’s home. What would Crawford Greenewalt, a Renaissance man, think of Stonehouse today? Given the loving care and technologically advanced systems that the sellers have showered upon the estate, he would, no doubt, be pleased.
View More 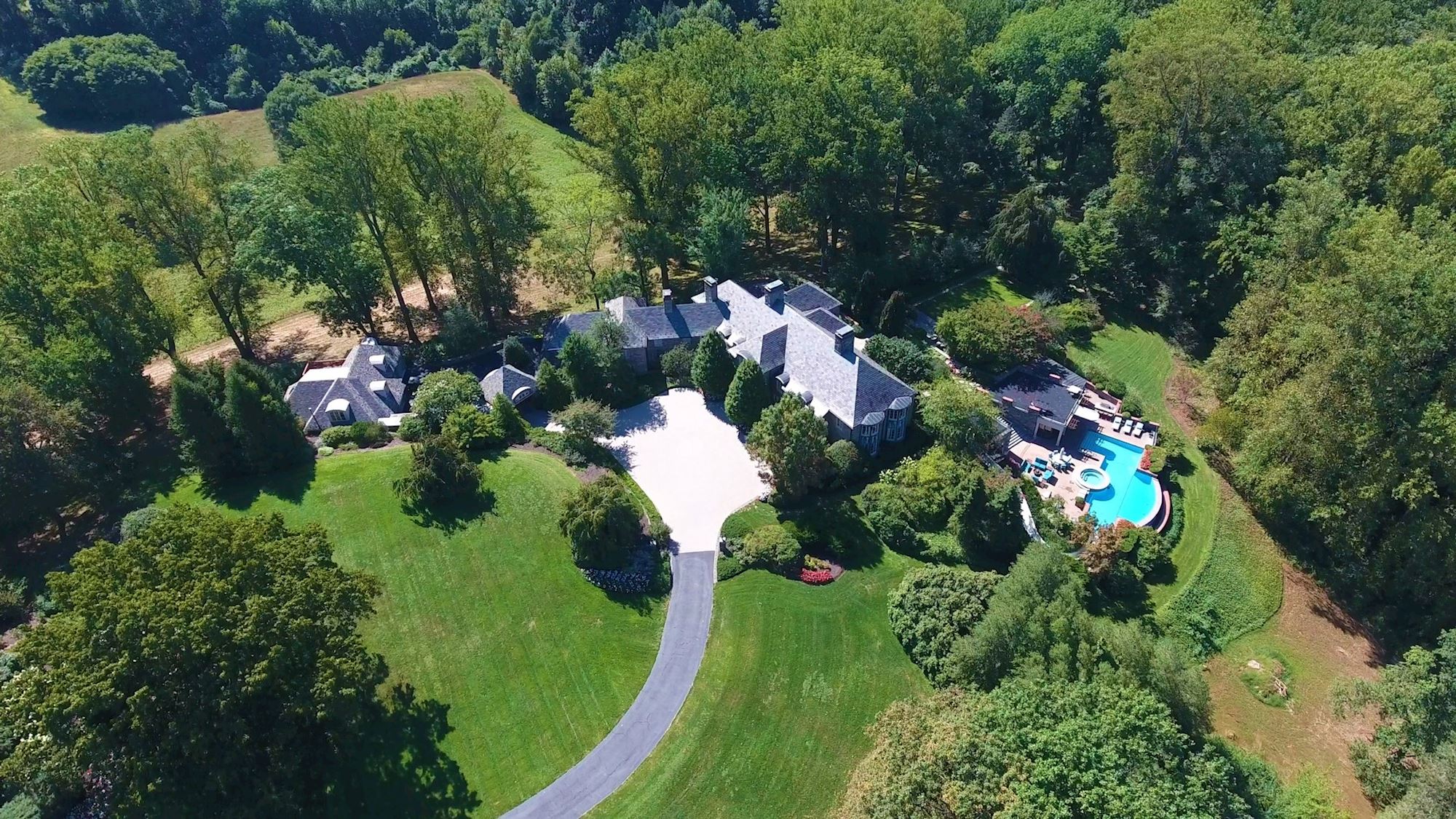 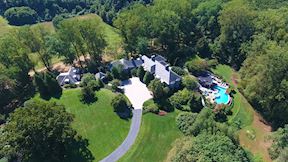 Email Me A Tour

Send this HomeVisit Virtual Tour to the email address below.

To contact the listing agent to receive more information about this listing. Simply fill out the form below.